ONLY ACCEPTING 2 MORE CLIENTS IN MAY

But it seems like more websites are being affected by the update.

What was the December Product Reviews update?

The goal of the December Product Review update was to encourage reviewers to provide high-quality and authentic reviews to users, enhancing the usefulness of online reviews.

According to the update, Google recommended the following two suggestions to include in product reviews. The existence (or lack thereof) of the following new best practices in the reviews will affect search rankings:

Could the update also have affected non-English websites?

The official tweet mentioned that the update was solely for English-language product review websites.

But is the update targeting other language websites too?

Google’s John Mueller was recently asked this question as there had been an influence of updates noticed in German searches. The question was:

“I was seeing some movements in German search as well.

Mueller, at first, seems to be surprised with the contradiction between blog posts and update status but then replies that the update is most likely deemed to be global, and perhaps it just wasn’t mentioned in the blog post.

“My assumption was this was global and across all languages. But I don’t know what we announced in the blog post specifically.”

Mueller also said that regardless of what happened, he believes that this update should roll out globally because it is “relevant across the board.”

Google was not much empathetic on their update timing and they still have not clarified if the update changes will roll out internationally. The best action is to stay prepared and follow the two key points that are most critical to this December update. 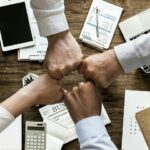 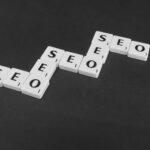