What advantages does a domain have if the domain name has an important keyword in it?

According to John Mueller, not much.

Keywords in the domain name

He recently answered a question and advised search engine professionals and website owners that there are no search engine ranking benefits of having a keyword in the domain name.

The question was, “Does a .jobs domain improve ranking in Google for jobs?”

“This is a really common question that comes up for the new top-level domains.

In short, no. You don’t get a special bonus like that from having a keyword in your top-level domain.

Anecdotally you can see that by searching naturally for anything that interests you. I’d venture a guess that the top results don’t have those keywords as a domain ending.

Just because a website has a keyword in its domain name doesn’t mean that it’s more relevant than others for that keyword.

In short, you don’t need to put keywords in the domain name.”

So there are no ranking benefits for having keywords in the domain name. But what about keywords in URLs? Are there any benefits there?

Surprisingly, John mentioned that there are not any ranking benefits for having keywords in URLs either, and that is by design.

The real impact of keywords in domain

This is Google’s official messaging that keywords in domain names do not have an effect on search rankings. However, there are some search engine ranking factors studies that contradict this stance.

Until that changes, we suggest sticking to whatever you feel is the best way, which will most likely be having important keywords in the domain name.

Having said that, Google’s approach is more practical. At least, that’s the right approach — to not favour websites based on keywords in the domain name.

In addition, if there are significant rankings benefits of having keywords in the domain name, it would make it very difficult for businesses to evolve and cater to different niches.

“From a practical point of view, it’s also worth keeping in mind that businesses evolve over time, and moving domains is hard.

So it often makes sense to pick a domain name that you can use for the long run and not necessarily one that just matches what you’re offering today.

For example, if you focus on making awesome blue widgets, and build your website on BestBlueWidgets.com, what do you do when you start offering red widgets?”

He recommends: “Instead of spending too much time on the domain name, or the top-level domain name, focus instead on building a site that you can continue to use for the long run.”

What do you think? Is there a disconnect between Google’s messaging and what actually happens in the search engines? Let us know what you think. 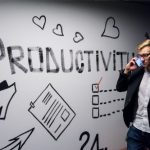 5 key areas to check when auditing a Google Ads account September 21, 2020
Best practices for including keywords on your web page September 23, 2020 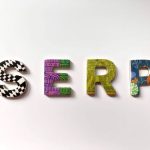